I underestimated the “threenager” (for the record I think this term is dumb, but until I think of something new, were going with it) thing. I thought to myself…eh…so what if he’s a little bossier…I can handle him…I got the swagger to deal with a three year old, bring it boo.

COMPLETE AND UTTER BAD JUDGEMENT ON THAT.

I wasn’t prepared for his developing mind to soak up new words and use them on me…like last night at his preschools restaurant fundraiser when he had an epic meltdown over a CHAIR and then called me “stupid”. I BIRTHED YOU REMEMBER??? 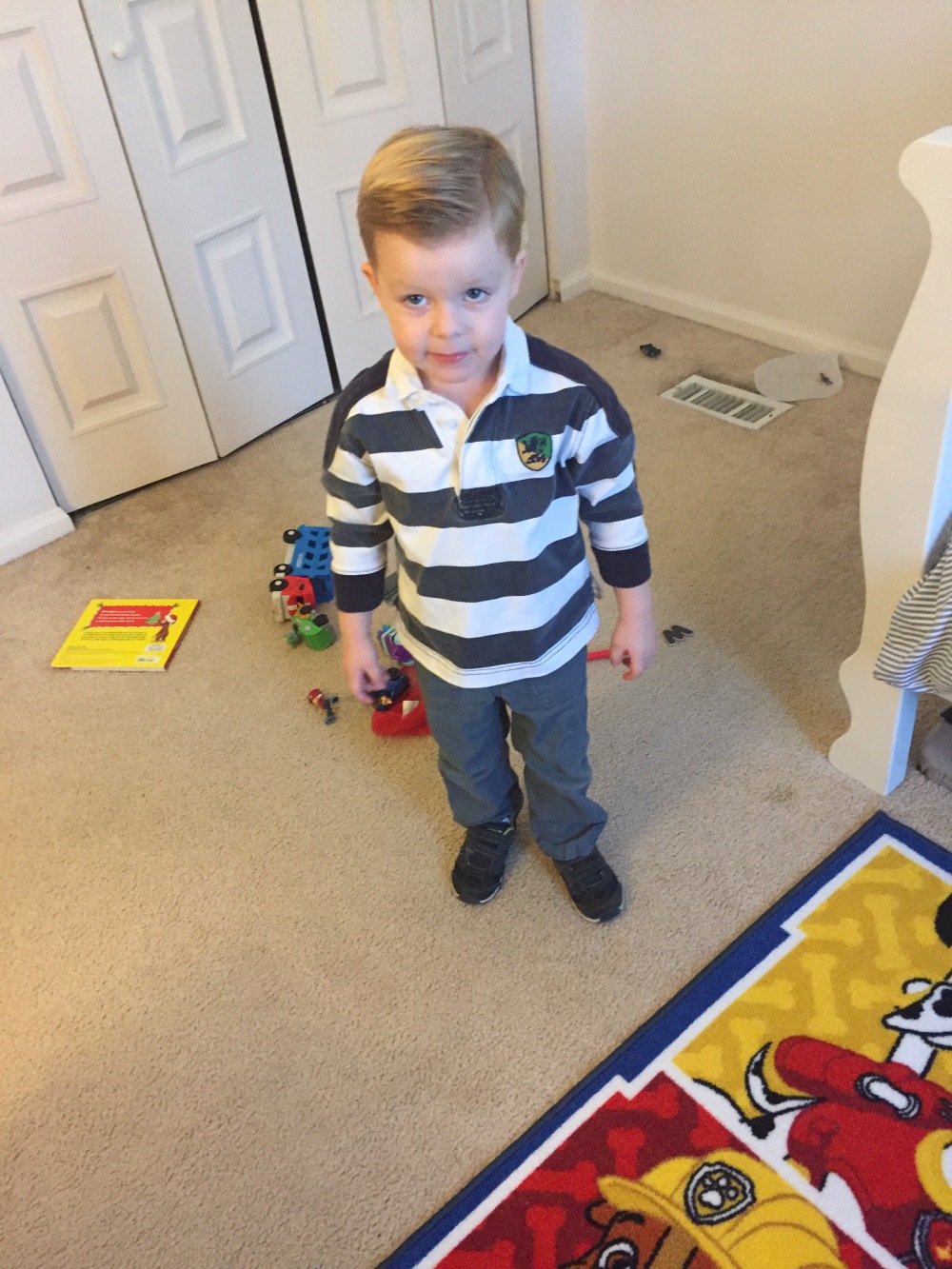 I wasn’t prepared for him to stop sleeping like a champion and becoming afraid of his room, and the dark, and his bed, and want to sleep on a box by the door in his room. Oh and the middle of the night freak outs and him wanting to come in our bed and when I give in one time he spends an hour kicking me in the back and poking my eyes…love you sugie, but pass out or else.

I wasn’t prepared for him to be an emotional basket case and whine from sun up to sun down about the littlest…inconceivable thing…like if the outside of his sippy cup is wet…or when playing with the squishy sand junk that it “comes apart” when he forces a monster truck on it…of course it comes apart Luke…it’s sand.

I wasn’t prepared for him to slam doors…CMON. ALREADY?

I wasn’t prepared for him to fight me on things that didn’t used to bother him…like getting out of the car for school or being dropped off at his Sunday school room.

I sometimes stand and stare at him with zero thoughts in my head about how to handle him. Do I ignore him…cuz he’s pretty unignorable (new word…lets get it in the dictionary stat)? Do I just squeeze him in a big bear hug? Do I bust out into a silly dance to distract him? Do I lock myself in a closet with toffee candy and hope for the Supernanny to just show up?

I wasn’t prepared for how his new phase would make me feel like a complete idiot as a parent. Like I’m legit doing everything wrong and ruining him for eternity. Like today when he cracked an egg wide open on the oven after I asked him to not touch it and every fiber of my being wanted to scream…and then he starts giggling at me…and I then text my husband something along the lines of “I’m sucking today” and wishing wine o’clock was acceptable at 10:45 am.

All that aside…at the same event last night…we got to talk with Luke’s teacher a bit…and Luke had been coming home everyday saying he had been getting in trouble for spitting…I only half believed him…but he can be fairly convincing. He also has been saying this girl has been not nice to him and so I had to ask some questions.

Me:”Luke says he’s been getting in trouble for spitting…is that true??”

Teach: “Who Luke?? Not him! IT’s all the other kids. He’s an angel whose never even had one time out the whole year”

Me: Stares blankly….”you mean not even one?”

Teach: “Not even one! He’s great, we love him, he even helps us get the other kids in line sometimes when they’re not listening”

Me: …”he also says that Elizabeth (name change…in case she finds me one day and beats me up too) is mean to him”

Teach: “Ah well yea…him and Elizabeth can get on each others nerves, but it’s never bad, it’s mostly like Napoleon Dynamite type swats”

This made me feel better. Napoleon Dynamite swats and a kid that lies to me about getting in trouble to appear like the bad boy and impress da ladies. However, I still wish he wouldn’t call me stupid and would sleep in his bed and wouldn’t make bedtime like nails on the worlds biggest chalkboard…

I find myself preparing for him to behave really badly at all times, and then when he’s even worse off than I anticipated…wanting to hide in the house and not leave until he’s no longer pulling Jekyll and Mr. Hyde type mood swings. Which is what we’ve been doing for almost the past week…hello outside world, I miss you.

It gets better right guys?! We are only a month into him being three and this is killer…

Survivors of the “threenager”…is my kid just extra special? or is this normal and that we will in fact survive without raising a serial killer????