It’s all around me. People are taking the plunge. People with littles younger than my son. What is wrong with this people…WHY ARE THEY THROWING THEIR POTTY TRAINING IN MY FACE?! #aintnobodygottimeforthat

Luke needs to be PT’d before he embarks on the fun world of two-morning-a-week “preschool” in the fall. It’s a cruel requirement to dangle in front of a parents face. It’s dumb, it’s only four hours, you won’t need to change him because he only poops if he’s just gone down for a nap and he won’t be sleeping there…so ITS FINE. LET HIM BE.

During nursery drop off one morning a lady walked in with her daughter who is maybe 2 months older than Luke and said ” SHES POTTY TRAINED” and I nearly punched her in the throat. GET THAT STUFF OUTTA MY FACE.

We bought Luke a Thomas the Train potty because at one point, he was all into it. He talks about everyone in his life going potty, it’s cute…and weird, but we roll with it. He doesn’t really want much to do with this thing except to put his cars in it and make the engine sounds go off, it makes a whistle noise when he’ll pee in it….ITS AWESOME.

Besides actually having the tiny toilet in the house, I’m kinda ok with just ignoring the fact that I have to consider potty training this child until Summer time. I JUST CANT RIGHT NOW. 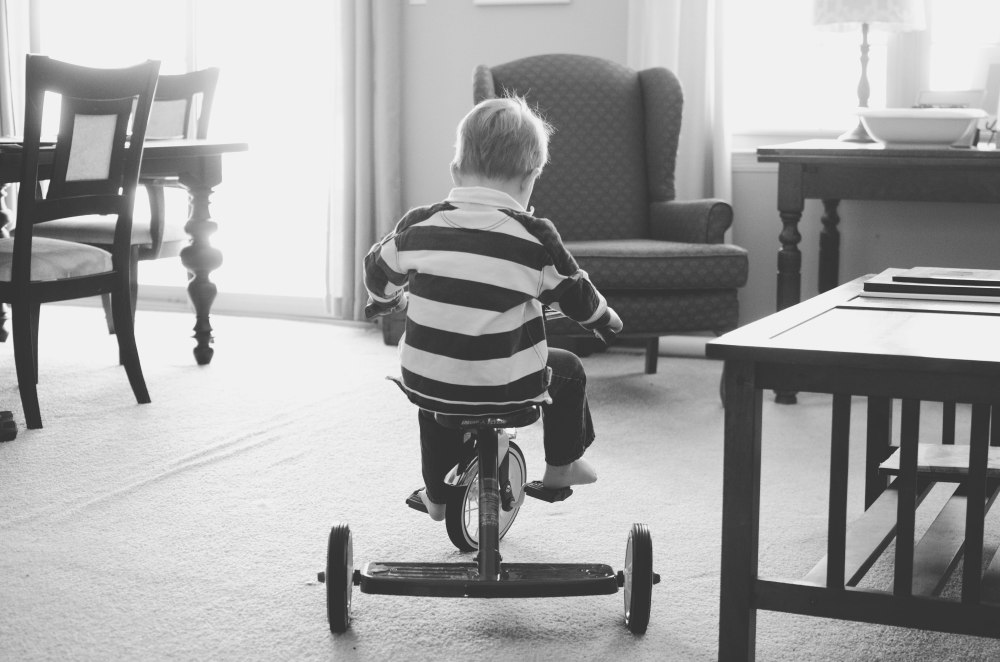 SO to all you mamas blasting my feeds with your special potty charts and your perfectly diaperless kids who just barely turned two, I say to you POO POO (reading lotsa Maddeline in the house lately). But after you have done all the hard work, could you please send me all of your pointers and tricks that you learned…I’ma need all the help I can get :). #dadsshoulddothisnotmoms