Is NO fun….at least not anymore. What happened to the status quo that the Skins stunk and Dallas was good…to mediocre?? That’s how life is spose to go, is this a result of global warming also?? Curse you Al Gore. 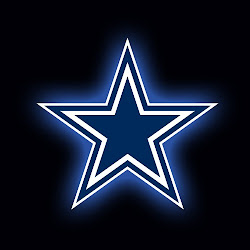 Dallas lost to the skins last night, losing the NFC East Championship and their shot at the playoffs along with it. This is stupid, mostly because they lost the game having a majority of their starters injured and having a quarterback who is although “good on paper”, AWFUL in a majority of his games. When is that contract up??? I’d take Tebow at this point, Mr. Jones…think about it. I’d like to bring this kid into a world where the status quo of Dallas being OK and the Skins stinking is back to normal. How much would it cost to convince Cam Newton to make the trip to Dallas?? We’re the wealthiest football club in the league, we can swing it right?? Wishful thinking.

Last night, my Facebook feed was filled with that most annoying of “HTTR” posts and blah blah blah “Skins win” bologna. It makes sense, I live in DC, most people around me are Redskins fans, but man oh man is it going to be one longgggggggggggggggggg off season in this town. Our house is in football mourning…feel free to send us flowers and boxes of chocolate to help us cope.

Skins fans in my life, save yourself the evil glares and snarky comments that I have geared up in response to anything you may want to say to me and lets just be civil til September comes around again.